Attorneys By Name Only (ABNO’s) Are Unethical, Unprofessional, Greedy and Cowardly 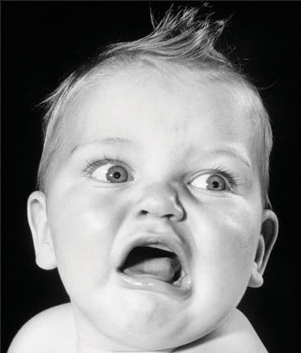 I recently learned of yet another attorney who knows his clients are out in left field with their lame, unsupported legal claims, their lies  and greedy motives no matter the “cost”….. and yet…..he continues representing them (I call these types of so-called professionals, “ABNO’s” (attorneys by name only).

When I practiced law, I certainly made some honest mistakes along the way, but my efforts to be ethical in all my dealings with clients and opposing counsel never faltered.  I could not and would not represent people I discovered were lying about the facts, whose claims had no genuine legal basis and whose primary motive was greed and without the slightest concern about the lives they were hurting, turning upside down and even possibly destroying.

Trust is the #1 essential foundation of an ethical and healthy attorney-client relationship and it must run both ways with the attorney trusting her client and the client trusting his attorney.   There’s no way an ABNO can trust his client that he KNOWS is a lying, greedy you-know-what.  And, I doubt many greedy, lying clients trust their attorneys either…it’s just not in their character to be trusting or to be trusted.

ABNO’s are obviously motivated by many of the wrong things including greed.  They lack integrity and they are cowards….greedy  and lacking integrity because they don’t care about ethics or integrity as long as they can make a buck….and cowards because they lack the courage to do the right thing and to say “No” when it is obviously the appropriate thing to do.

The latest attorney I have seen display the disgusting qualities of an ABNO has helped his greedy, lying clients destroy an entire family because of his own greed for the mighty dollar ….and because he lacked the courage to tell his clients that they were obviously misinformed, had no legal basis for their claims, were emotionally deficient and just plain wrong in their accusations.  Obviously, he is also lacking integrity and any ethical backbone. I assume he got his fee which had to be far less than the losses he helped create in the lives of others.  This attorney  – like other ABNO’s –  has demonstrated that  he could care less about the harm he has  helped to inflict on innocent parties (an entire family in this case) by his allowing, enabling and encouraging by his representation the charade of false claims to be alleged and given a life of their own.

Lawyer jokes are a dime a dozen, too few people trust attorneys and all too many lawyer fees (the big firms especially) are almost criminal in their excess.  In other words, our great profession just isn’t seen as that great in the eyes of many.   Some of the criticism and jokes thrown at attorneys is unfair and untrue.  Painfully,  however, far too much of it is true and “earned” by the sleazy NON-professionals within the profession.  ABNO’s are unprofessional to the core…they are indeed non-professionals….they take clients who have no regard for the truth, they take money to hurt others based on falsehoods, they craftily spin outright lies into veneer facts and they fuel the fires of the public’s distrust of the legal profession in general.

Thanks for “listening” as I work through my disgust with learning of yet another ABNO loose among us.  In case you didn’t know how I feel…I think ABNO’s are “inside system terrorists” that are continuously and unabashedly attacking the legal profession’s core integrity and professionalism.  I am proud to be a member of one of the world’s greatest professions…I am disgusted, however, to share the same right to practice law with ABNO’s and other sleazy so-called attorneys whose greed and unethical characters are hurting their clients, the legal system and countless innocent folks each and every day.