How My Plant-Based Journey Began 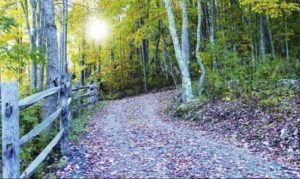 It was a brilliantly sunny mid-summer morning at our mountainside ranch. Our awesome teenage granddaughter and I were grabbing breakfast before trekking off to our favorite spot – the barn (or wherever our outdoor 4-legged family might be pasturing around).  While she was eating her butterbread toast and I was enjoying my usual cup of coffee loaded with heavy cream (yepper – only liked the heavy stuff in my coffee), we decided to start watching the documentary, “What the Health,” before heading outside.

I was about half way through my super big mug of coffee when all of a sudden I knew I’d never drink another sip of coffee with heavy cream – never. And, I never have (btw – my vegan and beloved alternative is Planet’s Extra Creamy Oat Milk).  And, no I get no royalties (nada) for plugging Planet or any other products – ones mentioned are just among my favorites.

Any hoot, back my “becoming a vegan” moment — I set the mug down. Tears were rolling down both our cheeks as the horrific conditions of the dairy and meat farms were being painfully and graphically illustrated in the documentary.  It’s incredible, really, that neither of us got up that morning with even an inkling of going vegan that day (or any day in the foreseeable future for that matter). Now, I had been more vegetarian-like for a while eating mainly seafood and on rare occasions eating a little red meat.  I was also intrigued by the vegan success stories I’d read – a few written by professional athletes.  But! I had zero plans for going 100% plant-based.

From that life-changing documentary moment on, however, our full of energy, brilliant and fun granddaughter (no bias, of course, but it’s all true!) and I both have lived plant-based lives – starting with what ended up being delicious vegan pumpkin pancakes on that life-changing morning (neither of us had ever made them before).

The entire vegan cooking experience has been quite the journey – and while time-consuming, once you start eating the amazingly delicious results of your efforts, well….self-motivating thereafter for us because of how good it all tasted AND how good we were feeling.  It only took a couple of months before my hubby joined in and went vegan (no ONE expected that!). It was after he saw that my cholesterol had dropped 132 points in such a short time. His lab reports after going vegan were off the chart good too – see what I mean — self-motivating.

By the way – that documentary “What the Health” is okay, but there’s was a bit too much hype in it for me.  To be fair, perhaps I should look at it again now that I’ve been vegan for quite a few years and see if I like it any better.  I still think “Forks Over Knives” – albeit a bit dated now – is still a must see for EVERYone no matter what their eating habits or goals may be,  Ditto Forks Over Knives website, magazine, etc.  Good, reliable stuff in my experience.

So – yes, I became a vegan initially because of the documentary opening my eyes fully (FINALLY!) to the enormous environmental harm from meat and dairy farms and the unimaginable cruelty inflicted on the animals.  I literally could not bring myself to eat another bit of a dairy or meat product and yes, I loved it all.  If you’d told me the night before I’d be giving up heavy cream with my coffee the very next day along with a deliciously grilled piece of salmon, well — I would have laughed my head off at the absurdity of even suggesting that I would do that.  It’s true that I had been more vegetarian-like for a long while eating mainly

seafood and only very rarely a little red meat.  I also was intrigued by the vegan success stories I’d read – a few written by professional athletes (NBA star DeAndre Jordan for example).  But – I had zero plans for going 100% plant-based.  Zero. Perhaps, I had unconciously been leaning toward a vegan lifestyle and/or I finally got still enough to really HEAR and heed my inner voice telling me it would be a very wise choice to make. And that it was.

So – that’s enough of the background on my going vegan (I hear you cheering!).  There’s lots more, but one of the most amazing facts of it all is that never ever once have I wanted to eat dairy or meat again – not once.  Sure, I miss certain foods (but very few). Most of those like cheese and ice cream for example are foods I have learned to easily substitute with plant-based recipes or grocery products like Follow Your Heart cheeses and  Ben & Jerry’s non-dairy way-too-good ice cream (in case you’re wondering and still reading (thanks btw!), our current favorite is Milk & Cookies. Another example is how I can make a vegan lasagne that’s hard to know it’s vegan (check this one out plus tons of vegan lasagna and a zillion other vegan recipes online).  I will be sharing more about the learning to cook vegan process, recipies that have become our household favorites and so much more as this “Vegan Corner” of my blog evolves, but for now – wishing you good health whatever eating style is right for you, take care of YOU and thanks so much for visiting!

P.S. And oh yes, after our delicious vegan pumpkin pancakes with honey, we finally made it to the barn — for the very first time as life-long vegans.? 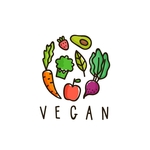